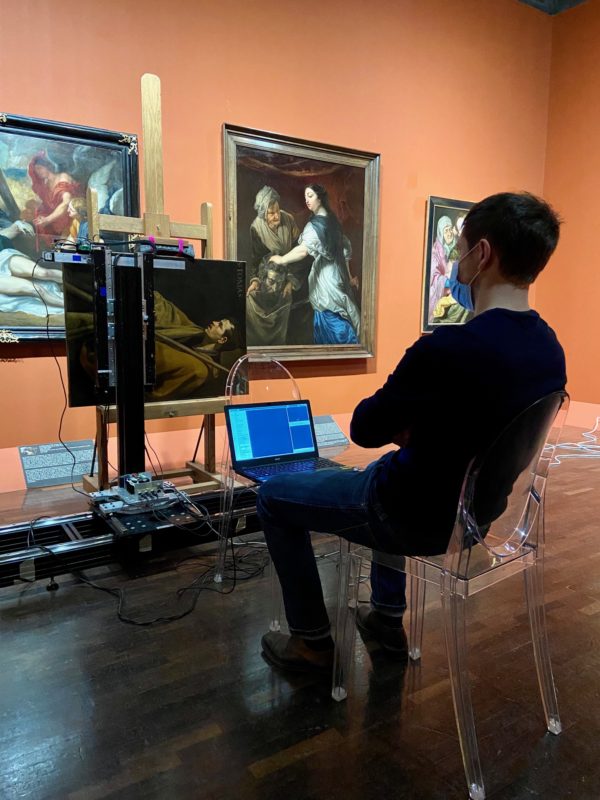 On October 19th a team from Factum Foundation started the high-resolution recording in 3D and colour of Velázquez’ Saint Thomas at the Musée des Beaux-Arts in Orléans. St. Thomas, painted around 1618-1620 and part of Velázquez’ early works, is being documented using panoramic composite photography and the Lucida 3D Scanner. The data gathered during this recording will be handed over to the Musée des Beaux-Arts and will be used to create an exact facsimile for the Casa Natal de Velázquez, due to open its doors in 2021 in Seville.

More about this project