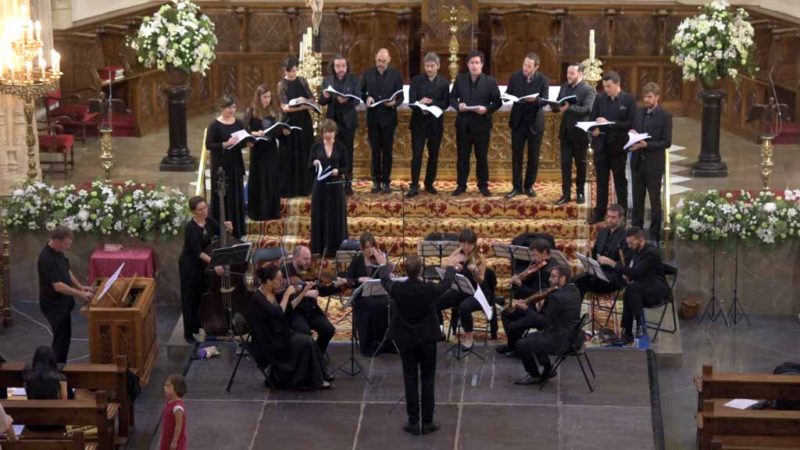 The concert Antonio Soler (1729-1783). Música vocal en latín, organised by the CEEH and the Biblioteca Nacional de España, takes place at the church of San Jerónimo el Real in Madrid at 8 pm on Thursday 19 October.

Directed by Albert Recasens, La Grande Chapelle presents important pieces from this composer’s extensive religious oeuvre, which has rarely been performed or recorded. They are compositions designed for a group of vocal soloists with instrumental accompaniment and written in a style that combines 17th-century Spanish musical tradition with elements of modern Central European classicism.

Most of the religious works written in Latin by Soler – a composer who was respected throughout Europe during his lifetime and left a significant theoretical legacy – remain unpublished. This underlines the importance of the musical recovery promoted by the Biblioteca Nacional and the CEEH, which will enable the public to discover one of the greatest personalities in the history of Spanish music.