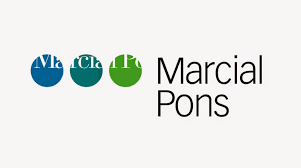 The CEEH would like to congratulate the publishing company Marcial Pons for winning the 2020 Gold Medal for Merit in the Fine Arts together with a further 31 people and institutions who have played a prominent role in the field of artistic and cultural creation, in fostering, developing or disseminating art and culture, or in conserving artistic heritage. The company, whose catalogue features nearly a thousand titles, was established in 1990 with the aim of producing scientific publications of a high standard and publishes in Spain, Argentina and Brazil. Since 2009 the CEEH and Marcial Pons Historia have been jointly publishing the series Los Hombres del Rey. The second volume of a work belonging to this series, Memoriales y cartas del Conde Duque de Olivares, a compilation of the correspondence between the royal favourite and the Cardinal-Infante Don Fernando from 1635 to 1641 during the latter’s tenure as governor of Flanders, is due to be released shortly. It has been edited by Sir John H. Elliott and Fernando Negredo del Cerro with the collaboration of Alicia Esteban Estríngana and Manuel Amador González Fuertes.