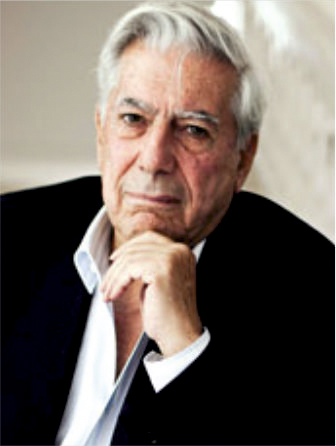 Mario Vargas Llosa (Arequipa, 1936), who is hailed as one of the greatest Spanish American novelists of the second half of the twentieth century, studied Humanities and Law at the Universidad Nacional Mayor de San Marcos before earning a doctorate in Humanities from the Universidad Complutense of Madrid. He is a member of the Peruvian Royal Academy of Language (1975), was president of PEN International (1976 to 1979), is a member of the Spanish Royal Academy (1994) and has been awarded doctorates honoris causa by many universities. He has won the Miguel de Cervantes prize (1994) and the Nobel Prize for Literature (2010). In 2011 King Juan Carlos I of Spain conferred on him the title of Marquis of Vargas Llosa. His books have been translated into more than 30 languages.