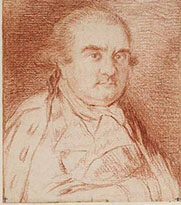 Ceán Bermúdez. Historiador del arte y coleccionista ilustrado, which ended yesterday at the Biblioteca Nacional de España, has done justice to a key Spanish Enlightenment figure, securing him the prominence he deserves as a pioneering scholar of art and collector of drawings and prints in Spain. Elena Santiago Páez, who was responsible for the institution’s holdings of drawings and prints for twenty-five years, has curated the exhibition, which has attracted more than 15,000 visitors since opening in May. The catalogue remains as a reference book on the life and oeuvre of Ceán Bermúdez.