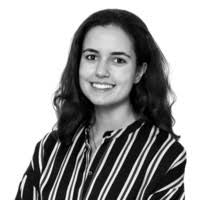 Natalia Muñoz-Rojas read History of Art at the University of Warwick and completed a Masters on Northern Renaissance Art at the Courtauld Institute, focusing on the cultural exchanges between northern Europe and the Iberian Peninsula. She has worked at the Fundación de Amigos del Museo del Prado and at Christie’s. In addition to her academic works on the Bosch’s Garden of Earthly Delight, a Spanish School Virgin and Child in Gothic Architectural Setting in the Victoria and Albert Museum, and on the trascoro of the Cathedral of Palencia, commissioned by Juan Rodríguez de Fonseca in early 1500s, whilst at Christie’s, Muñoz-Rojas researched and catalogued Old Master and 19th Century paintings from the Italian, French, Dutch and Spanish schools amongst others, working on Zurbaran, Orientalist painters traveling to Spain and Sorolla. Thanks to this new position, she will investigate the paintings at the Wallace Collection and be involved in the organization of temporary exhibitions and symposia relating to Spanish art in the next two years.