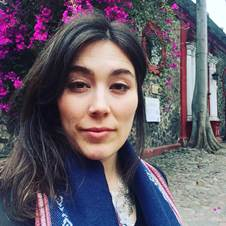 The fellowship has gone to Dr. Stephanie M. Cavanaugh, a historian of early modern Spain whose research focuses on conversion, religious cultures, and the social and legal histories of sixteenth-century Castile with a particular focus on Moriscos (Iberian Muslims forcibly converted to Catholicism and their descendants). Her current book project  illustrates how Moriscos responded to religious prosecution and assimilationist policies with a range of legal actions.

Beginning in September 2019, Cavanaugh will be the Sir John Elliott Junior Research Fellow in Spanish History (1400-1900) at Exeter College, Oxford University. Her work there will bring her expertise in the histories of converts and conversion in Iberia to bear on the formation of ideas about race throughout the early Spanish empire. She will conduct this research for her second monograph, investigating how shifting ideas about blood purity, religious difference, and foreignness were employed in the construction of racialized categories of difference in the sixteenth and seventeenth centuries.

More information about the Fellowship