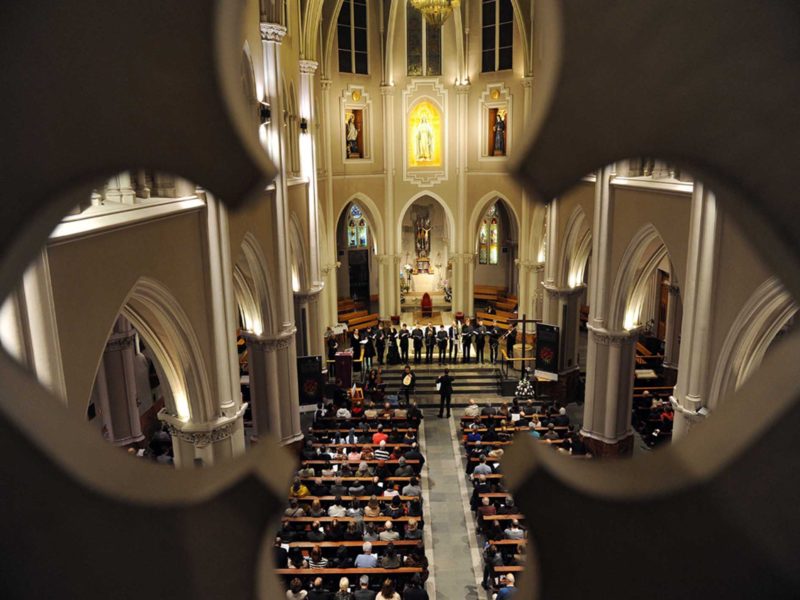 La Grande Chapelle has given its first concert performance of Fiesta de la Resurrección en Piazza Navona, the result of research carried out by Albert Recasens that led in 2012 to the recording of a double CD promoted by Lauda Música and the CEEH.
These pieces were composed by Tomás Luis de Victoria and other sixteenth-century musicians for the Spanish brotherhood of the Resurrection in Rome and were performed during the Easter processions in the Piazza Navona.
With Albert Recasens as conductor, they were premiered in Spain at the basilica of
La Milagrosa in Madrid as part of the region’s 24th Festival of Sacred Art.

Images of the concert courtesy by Andrés de Gabriel