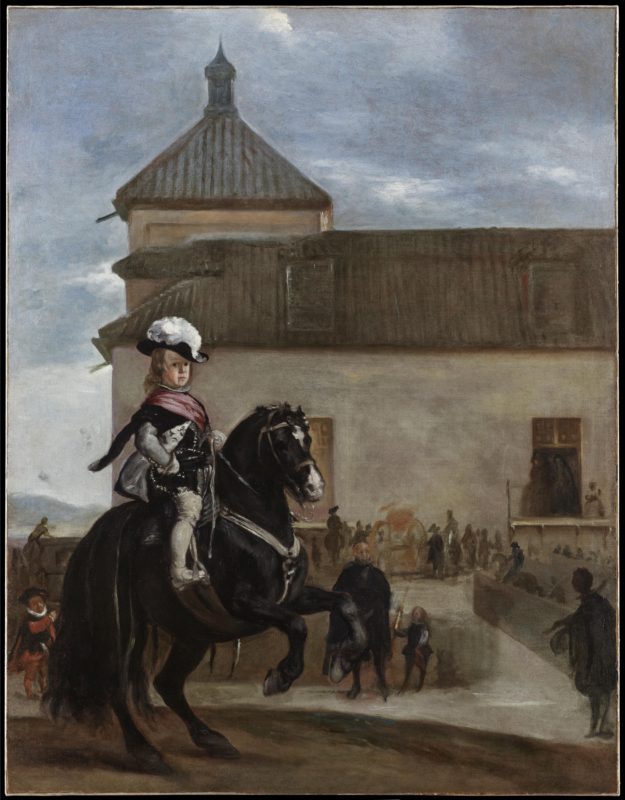 Balthasar Carlos at The Wallace Collection

Prince Baltasar Carlos in the Riding School is a contemporary version of the picture with the same subject painted by Velázquez around 1636, now in a private collection, where the powerful First Minister Count-Duke Olivares (1587 – 1645) appears prominently depicted in the foreground standing beside the heir to the Spanish throne. Both paintings are closely related, yet the absence of Olivares in the Wallace version has raised numerous questions regarding its attribution, dating and commission.

In 2019, the Centro de Estudios Europa Hispánica funded the cleaning, restoration and technical analysis of the painting. The conservation project uncovered some fascinating details, including an old inventory number painted on the reverse of the canvas, which could provide more information on its provenance. Though it is not yet possible to find a firm attribution, ongoing research indicates that it is likely that the painting was both by the hand of Velázquez and his studio.