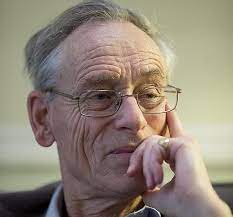 Sir John H. Elliott  (1930−2022) has died in Oxford at the age of 91, still in full command of his intellectual powers, following a fruitful career in teaching and research in England, Spain and the United States. Several generations of scholars have benefited from his huge legacy as a driving force in sparking new international interest in the history of Spain, which he insisted on examining in a European and global context far removed from the clichés and prejudices that long led it to be considered a special case.

Since its establishment in 2005, the CEEH has been honoured to have Sir John as its main advisor and a member of its scientific committee, as well as the author of several forewords and essays for our publications, to which he also recently contributed as editor of a new volume of the correspondence of the Count Duke of Olivares (2021, published jointly with Marcial Pons). The CEEH has created postdoctoral research fellowships named after him at the Institute for Advanced Study in Princeton and Exeter College, Oxford.

We join the large family of pupils, friends and readers who mourn this enormous loss and are grateful for his fundamental mastery and his generous support during all these years.