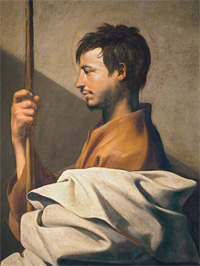 Catalogue sponsored by the CEEH

The Young Ribera is a retrospective exhibition curated by José Milicua (Professor Emeritus of Art History, University of Barcelona) and Javier Portús (Chief Curator of Spanish Painting, Museo del Prado), focusing on the Spanish painter’s activity while living in Rome and during the years following his establishment in Naples in 1616—a period that was barely known until only recently and is highly controversial.

The Centro de Estudios Europa Hispánica has contributed to the exhibition by sponsoring the catalogue.

Videos about the exhibition in museodelprado.es