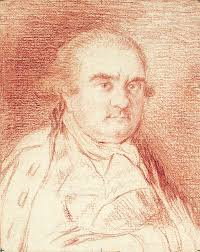 Juan Agustín Ceán Bermúdez (Gijón, 1749−Madrid, 1829) is considered to be the first great art historian in Spain. An heir of the Enlightenment spirit championed by people such as his great friend Gaspar Melchor de Jovellanos, he extended the ideals of reform advocated during the period towards art historical studies. His first publication came out in 1800: the great Diccionario histórico de los más ilustres profesores de las bellas artes en España, a revolutionary work on account of the amount of new material he had gathered and its precise and meticulous presentation. It was followed by his studies on architecture and architects, antiquities in Spain, and engraving, among many other concerns. He is equally notable for his collecting, which was closely linked to his work as a historian and enabled him to assemble an extraordinary collection of drawings and engravings, as well as a few paintings.