CEEH’s projects in the Spanish issue of The Burlington Magazine 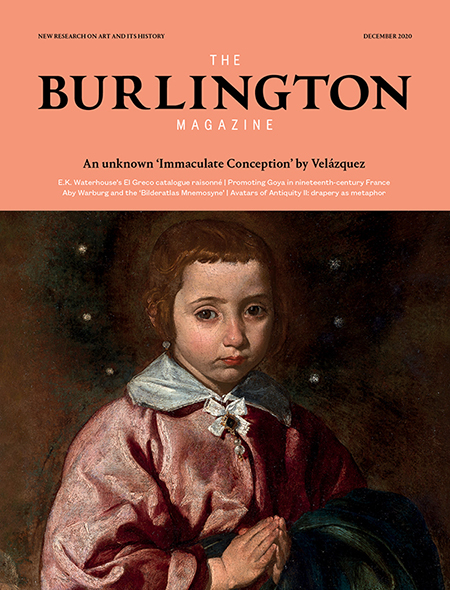 The CEEH presents some of its recent projects in the latest issue of The Burlington Magazine, which is devoted to Spanish art. Readers will find the announcement of a doctoral scholarship at the Zurbarán Centre for Spanish and Latin American Art at Durham University and a call for applications for the post of curatorial assistant at the Wallace Collection. The magazine also announces the film Zurbarán and His Twelve Sons, the book Collecting Murillo in Britain and Ireland, and a conference hosted by the CEEH and the Wallace Collection on Prince Baltasar Carlos in the Riding School following its recent restoration. Another page lists the CEEH’s publications on drawings by Spanish artists resulting from exhibitions and catalogues produced in collaboration with other Spanish and foreign institutions.