Royal visit to the Spanish Gallery in Bishop Auckland 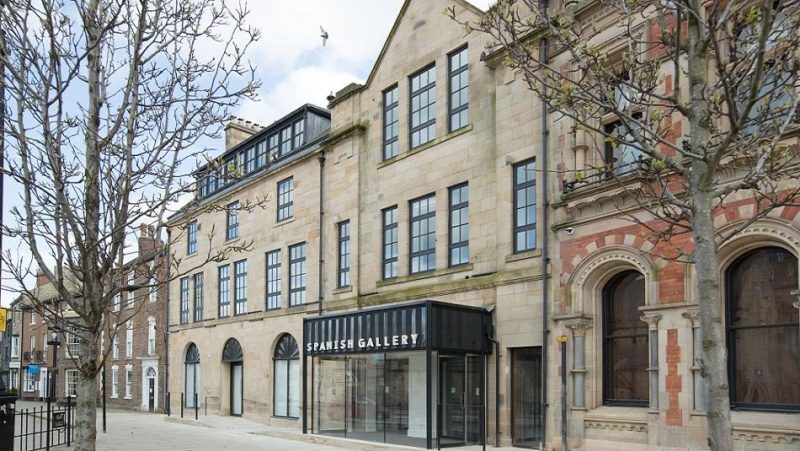 Opened to the public last October, the Spanish Gallery in Bishop Auckland was visited yesterday by Queen Letizia and Prince Charles, once again united in a gesture of support for Anglo-Spanish cultural relations. The new museum, dedicated wholly to Spanish art, is one of the many initiatives being promoted by philanthropist Jonathan Ruffer and his wife Jane to revitalise this town in England’s industrial north since 2012, when they acquired Zurbarán’s series of paintings Jacob and His Twelve Sons together with the palace that has housed them for nearly three centuries.

The queen and the prince explored the rooms of Auckland Castle and the galleries of the new museum accompanied by José Pascual Marco, Spanish ambassador to the United Kingdom, and guided by Gabriele Finaldi, director of the National Gallery. The Spanish Gallery displays the collection assembled by Ruffer over the past ten years along with significant loans from the National Gallery, the Hispanic Society of America and the Real Academia de Bellas Artes de San Fernando. All this makes it one of the most important holdings of Spanish Old Masters outside Spain, with works by Juan de Juanes, Morales, El Greco, Tristán, Maíno, Velázquez, Ribera and Murillo, among others. In addition to original works, the last floor of the museum has a fascinating display of replicas of sculptures, paintings and ornamental motifs created using cutting-edge technology by Factum Arte in Madrid and presented in a sequence of rooms that evoke Toledan and Sevillian interiors of the sixteenth and seventeenth centuries.

The CEEH has been collaborating with The Auckland Project for several years. It has sponsored the catalogue of the exhibition Zurbarán: Jacob and His Twelve Sons. Paintings from Auckland Castle (Dallas, New York and Jerusalem, 2017−2018) and coproduced the documentary Zurbarán y sus doce hijos (Arantxa Aguirre, 2020). It currently funds several doctoral and postdoctoral scholarships for research into Spanish art at the Zurbarán Centre established at Durham University on Ruffer’s initiative.