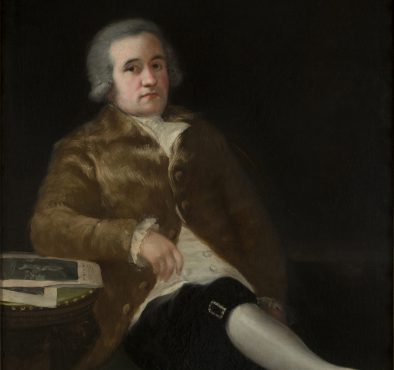 Juan Agustín Ceán Bermúdez (Gijón, 1749 – Madrid, 1829) was the prototypical Enlightenment scholar and a fundamental figure in the history of Spanish art owing to his decisive influence on the study of the country’s painting, architecture and sculpture, as well as on the critical collecting of drawings and prints. Closely related to Goya and other artists of the time, he also played an essential role in political and intellectual circles through his connections with Jovellanos, Iriarte, Moratín and Vargas Ponce, with whom he was involved in the reformist projects of the day.

This exhibition surveys the life, work and collections of this eminent Enlightenment figure and highlights his role in a fascinating period in Spanish history. Of the 158 objects on show – oil paintings, drawings, prints, manuscripts and print works – many are housed in the Biblioteca Nacional; others come from institutions such as the Museo Nacional del Prado, the Real Academia de Bellas Artes de San Fernando, the Royal Library of the Royal Palace in Madrid, the Fundación Lázaro Galdiano, the Biblioteca Francisco de Zabálburu, the Instituto Valencia de Don Juan, the Consejo Superior de Investigaciones Científicas, the Banco de España, the Colegio Oficial de Arquitectos of Madrid and the Biblioteca Pública Ramón Pérez de Ayala in Oviedo, as well as various Spanish private collections.