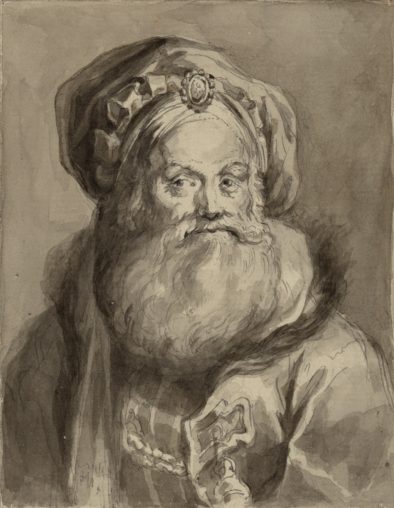 Luis Paret y Alcázar (Madrid, 1746‒1799) has been hailed as a ‘spontaneous and joyful’ painter who allowed himself to be ‘overly’ influenced by French art. Labelled as the ‘Spanish Watteau’ and the most genuine representative of Rococo painting in the country, he has long been considered the second most important painter of his day after Goya.

However, these considerations are a direct consequence of a historiographical discourse more concerned with contrasting the two artists than with attributing Paret’s heterodoxy (he was a pupil of La Traverse and court painter to the Infante Don Luis) to his eventful life, his artistic interests and his background. There was thus a need for the present exhibition, which surveys drawings, prints, paintings and books in order show the erudition and the many sides (draughtsman, painter, printmaker, translator, calligrapher…) of this creative, brilliant artist.

The above factors provide a backdrop to Dibujos de Luis Paret (1746-1799). The exhibition is curated by Alejandro Martínez Pérez, a historian well versed in the Paret’s life and career who sets out to clarify the historiographical lacunae by examining the artist’s main instrument – his drawings – reconstructing his personal library and analysing his relationships with his patrons.

The show – featuring a total of 188 pieces including drawings (84), paintings, prints, books and manuscripts – has been made possible by the collaboration and loans of important private collections and institutions, both Spanish and foreign, such as the Museo Nacional del Prado, the National Gallery of Art in Washington, the Real Academia de Bellas Artes de San Fernando, the Rijksmuseum, the Real Academia Española, the Fundación Lázaro Galdiano and the Museo Nacional de Artes Decorativas.

The exhibition is accompanied by a catalogue raisonné of Luis Paret’s drawings, which is set to become a reference work for studies on the artist.