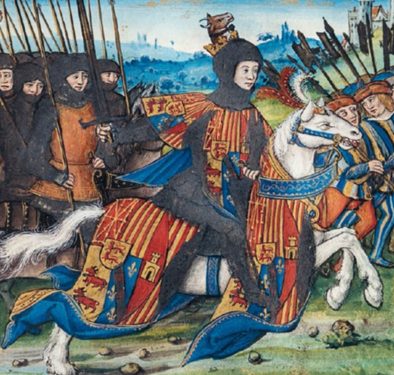 The holdings of French and Flemish illuminated manuscripts in the Biblioteca Nacional de España (BNE) are one of this institution’s least-known collections. These manuscripts, which include truly outstanding examples, number nearly 160, of which nearly 70 are featured in this exhibition. The chronological layout traces the development of the art of the miniature over a period of 700 years and examines in depth the main subjects that appear in the manuscripts: law, religion, history, literature, science…

The works on display are doubly interesting: firstly, they are pieces of unique importance on which some of the leading miniaturists’ workshops of the period collaborated; and secondly, they are an invaluable testament that makes it possible to reconstruct the daily life and beliefs of European society from the time of Charlemagne to the reign of Francis I of France. The term lights is a reference to the gold that gleams on the pages of the manuscripts and the richness of thought in the Middle Ages, which was not a period of darkness but one of constant reflection.

The show begins with one of the most important Carolingian astrological manuscripts in the world, the so-called Metz Codex (Mss/3307), possibly commissioned by Charlemagne’s son bishop Drogo of Metz (801−855). An important group of thirteenth-century bibles allows visitors to appreciate the quality of French miniatures during the age of Saint Louis. The section on books of hours highlights the main aspects – some of them antithetical – in which these books provide an excellent insight into the medieval mentality. Among them are some of the BNE’s most famous illuminated manuscripts such as the Hours of Charles VIII and the ‘Voustre Demeure’ Hours.

0. Illuminated manuscripts of the BNE
1. The first lights: miniatures of the Early Middle Ages in northern Europe
2. The light of the Bible: the age of Saint Louis
3. France in the Late Middle Ages
4. Grisaille
5. Time illuminated: books of hours
6. The 16th century in France